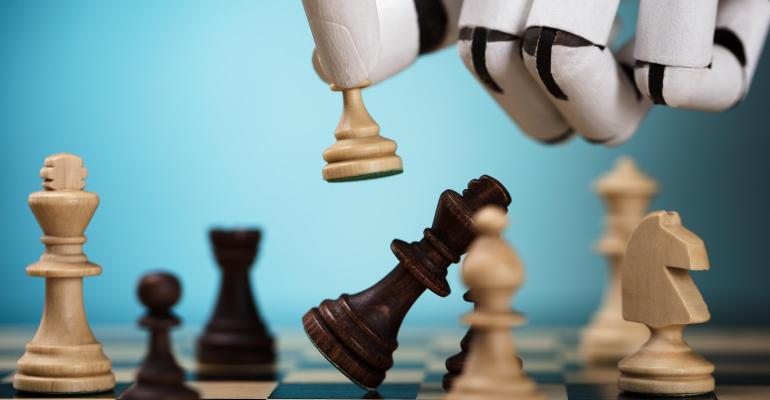 25 Years Ago: How Deep Blue vs. Kasparov Changed AI Forever

On the 35th floor of the Equitable Center in Midtown Manhattan, a high-stakes chess match with a prize of $1.1 million was being played in earnest. It was May 11, 1997.

World chess champion Garry Kasparov, to this day considered one of the greatest chess players of all time, furrowed his brow as Game 6 – the last game in this match – went on. Then, he stood up and walked away, conceding the game to his opponent: IBM supercomputer Deep Blue.

Over 9 days, man competed against the machine. The machine won.

That globally publicized event 25 years ago, the first time a computer had prevailed against a world chess champion, showcased one of the greatest accomplishments in artificial intelligence since the 1950s.

But today’s computer chess engines, with increases in computing power and programming techniques, can outplay Deep Blue. How? They are powered by AI that learns while Deep Blue had relied mainly on a programmed understanding of chess.

This watershed moment in 1997 not only cemented IBM’s status as an AI innovator, but it led to a leap forward: the Watson supercomputer, which used machine learning and natural language processing to defeat Jeopardy champions Ken Jennings and Brad Ritter in 2011. IBM's next Grand Challenge started in 2012 with the development of Project Debater, a computer that could take on expert human debaters. (See accompanying story.)

“There’s been a huge increase in the capability of AI systems since 1997,” Deep Blue co-creator Murray Campbell told AI Business. “It’s mostly driven by the rise of machine learning.”

Over the last 10 to 15 years in particular, deep learning and neural networks have driven almost all of the attention and value in AI, he said. This includes game playing programs such as DeepMind’s AlphaGo software that beat the world Go champion Lee Sedol in 2016.