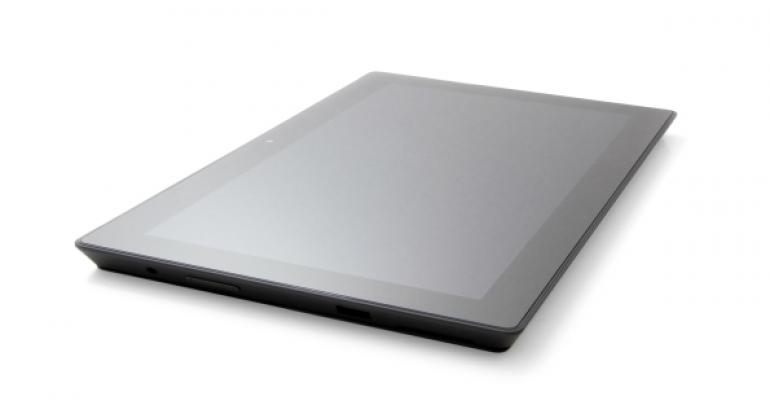 After last week’s commentary -- "Surface with Windows RT is No PC Replacement" -- I received the type of feedback I used to get from Linux users (when there were any) and still get from Apple fanatics. That is, many people were not pleased.

This is interesting to me on a number of levels, and although I’ll spare you my ruminations on the rise of a long-dead (or at least quiet) class of Windows enthusiasts and fanboys, I think it does point to a healthy backlash against years of Apple abusing Microsoft in the consumer space. Say what you will about these companies, but there is clearly a group of Microsoft users who need Surface, and less specifically Windows RT and Windows 8, to succeed.

Sadly, my critical examination of Surface with Windows RT was frequently misunderstood. I have a responsibility as a reviewer to be honest about any and all products that I use, and my Surface piece reflects what an incomplete and frustrating experience this particular device really is. But if you’ve been following along on the SuperSite for Windows, you know that I’m writing a series of tips and other articles about Surface, aimed at helping people overcome these frustrations. Of which there are many.

But enough of that. The Surface is what it is, and regardless of my opinion of the thing, it’s pretty clear that millions of people have purchased the devices and many more will do so in the weeks and months ahead, and that many of them intend to bring it to work. There, as with all things Surface, the picture is pretty good now. But it’s going to get a lot better.

Surface, of course, usually comes with a keyboard cover of some kind and I frankly have a hard time imagining almost anyone using this device without a cover. Although I’m a pretty heavy typist, I realize that most people don’t spend their days tapping away, and although this sounds counter-intuitive, I actually think the thinner, lighter, and less-expensive Touch Cover makes more sense for most people than does the Type Cover. Check out "Microsoft Surface: Touch Cover vs. Type Cover" for more on that one.

Surface, as you might know, comes with a consumer version of Office 2013 that isn’t licensed for commercial (i.e., work) use. However, as Ed Bott over at ZDNet explains in "How much do you have to pay to use Office 2013 RT for work?," you can legally license Office RT for work, assuming you know the trick. He’ll tell you how.

Surface comes with the same desktop-based Remote Desktop Connection (RDC) you know and love from Windows 7 and Windows 8, and it works the same way, allowing you to access remote PCs and servers through RDP. (There’s a Metro version too, if you’re all in on the new stuff.) It’s also compatible with RemoteApp, meaning that you can stream individual apps from servers to the Windows RT desktop, just as you do with normal Windows versions. So that’s all good.

For now, Surface can be managed only using Exchange ActiveSync (EAS). That is, it can’t connect to a domain and be managed with Group Policy. EAS is actually pretty good: You can configure PIN and password policies, do remote wipe, and so on. But if you’re familiar with the granularity of Group Policy, you know you can do a lot more to lock down true Windows clients. And although Windows RT (and thus Surface) can’t partake in that, change is coming.

Soon, Microsoft will ship a revision to its Windows Intune cloud-based PC and device management service. And although the firm hasn’t talked too much about this update, it will include Microsoft’s implementation of the Open Management Interface (OMI), which, put simply, offers more granular management capabilities than does EAS. This will make Surface (and all RT devices) far more manageable than other mobile devices based on Android or iOS. (Yes, Windows Phone 8 will use this management infrastructure, too.)

I can’t say much about OMI yet, but I’ll note that it makes a ton of sense to use a cloud-based service to manage devices that are never going to be connecting to your on-premises infrastructure anyway. It makes so much sense that my understanding is that this capability will never, in fact, be added to System Center. Instead, I believe that System Center licensees will get -- free or inexpensively -- the right to use Intune for this purpose, too.

Will we soon see people toting Surface tablets around instead of Apple’s trendy iPad? I’m pretty sure we’re going to see a mix, and although the Surface might never overtake the iPad, I have to say I like the sign of life that emerged in the wake of last week’s commentary. And although I’m not the overt fan of this device that many of you appear to be, we can all agree on this : It’s going to be getting a lot better, and soon.