/sites/all/themes/penton_subtheme_itprotoday/images/logos/footer.png
Recent
Recent
Thiel’s Palantir Boosts Hiring While Others Are Cutting Jobs
Aug 05, 2022
How to Add a New Line in a PowerShell String
Aug 02, 2022
Metaverse Jobs Are Disappearing as Hiring Slows at Google, Facebook
Jul 30, 2022
AWS Reinforces Cloud Security Efforts at re:Inforce 2022
Jul 29, 2022
Featured
5 Best Practices for Compliance-Proofing Your Cloud Strategy
May 18, 2022
IT Sustainability in 2022: Top Stories So Far
Aug 01, 2022
How to Spot the Warning Signs of Ransomware Attacks
Apr 20, 2022
DevOps in 2022: Top Stories So Far
Jul 19, 2022 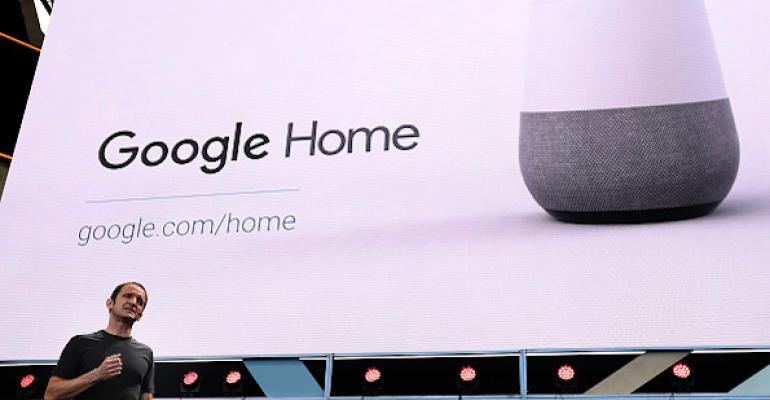 What's a Tech Lover to Do When Everything Cool Is "Coming Soon"?

This year’s edition of Google I/O was one of the most transformative in terms of where the company sees its vision of computing.

An always-listening Google Home device. A Google Assistant that is baked into Google services. Android apps on Chromebooks. Virtual reality platform and hardware. Instant Android apps. Yet there was a common thread: coming soon.

Yes, the three-day festival that celebrates Google’s latest initiatives and offers developer support was like a giant trailer for a summer blockbuster. For so many of the newest and groundbreaking initiatives, everyone is going to have to wait in line to try them out.

Google Home? Later this year. Project Ara? 2017. The Google Play Store on Chromebooks? It’s coming too, but it first needs to snake through the developer channel, and only then on select Chromebooks.

WHY IS NOTHING READY?

What seems most likely is that Google saw I/O as a chance to update the developer community on all its cool projects instead of viewing it as a venue to actually launch anything usable. There weren’t any new initiatives that were ready to try out on day one, unlike last year when Google Photos went live after the announcement.

This probably lies in how Google pitched every major initiative as a transformation of an existing technology. Consider the always-on, personal assistant known as Google assistant. It replaces typing a Google search query into a box, and will live inside of messaging app Allo and the coming-to-a-home-near-you Amazon Echo competitor Google Home.

Getting Android apps to work on Chrome is probably a tremendous feat of computer engineering, and in order to ensure things are smooth it will first only come to specified Chromebooks that use the developer build.

And the Android Instant apps does also appear to be truly transformative. The process of going to a web site, being pushed to download an app, waiting for an installation, and then starting your journey over is slow and irritating. During a demo in the I/O sandbox a Googler demonstrated how you’d be able to click a link and instantly launch the relevant portions of that Android app without jumping through the Play Store to download it.

But like so many other project, it’s a work in progress. And that’s just on the software side: many other hardware projects were also wearing an orange construction hat.

WE'LL SEE YOU IN THE FALL

There were some interesting demos for things that don't yet exist in the wild:

Project Tango builds spatial awareness into phones, and the demos were impressive displays about how it could be useful to get the dimensions of your room and then pick up a washer and dryer that actually fit from the hardware store.

Project Ara will give birth Google’s first modular phone, which could make the concept go mainstream. It’s a bold quest to squash the insane smartphone refresh cycle, as you could just swap out components that you want to upgrade or put in modules for specific use cases, like a more powerful camera for an outdoor trip or speakers when hosting a party.

But again, when you’re trying to overhaul the typical way of doing business, it takes time. That’s why it won’t be until the fall when there’s a developer version set to launch.

Same goes with Daydream, Google’s virtual reality initiative. VR is still a very new technology, and Google is not only going to build its own hardware but offer platform guidelines for other companies who want a piece of the action -- so long as those companies are cool with waiting until "fall 2016."

Google is taking big shots at several different areas. Few companies can afford to invest so much money and effort into things that don’t pan out, but few companies are Google, with its storied history of killed products. After three days of listening to all the announcements, it’s enough to make you want to move into a farmhouse without Internet access so Google won’t always be listening.

In reality, Google is clearly well-positioned for the future of computing. It could liberate us from those inefficient keyboards and desktops. But that’s going to be a while, as not even Google could get it all fixed in time for its developer conference.

Instead this year it was really all about the developers, showing off what’s coming so Google’s fleet of programmers and other partners could get themselves on board with what’s coming down the line. While that may not have been satisfying for us who want to play with the latest gadgetry and software, it’s a savvy move to help push along projects that Google wants its developer community to engage with.