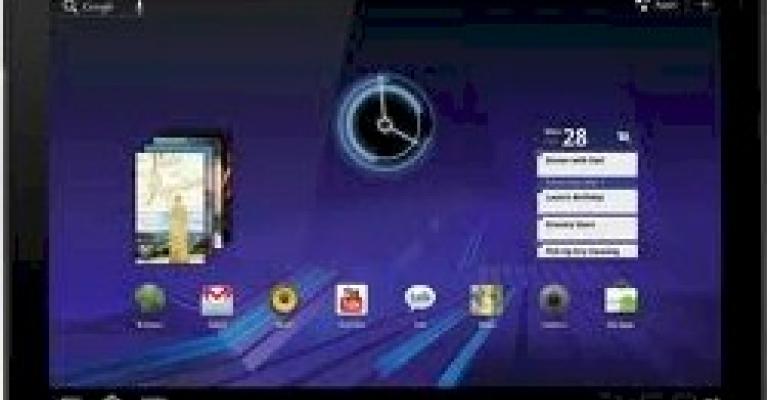 The number of Android apps designed specifically for tablets isn't an easy figure to come by, as the Times' David Pogue recently blogged, before settling on a total nearing 240. As Google works to boost this too-modest figure (Apple now has 90,000-plus apps specifically for the iPad) it's offering advice on how to make existing smartphone apps more useable on Android tablets.

A "near-future" release of Honeycomb, likely version 3.2, will offer a new screen-compatibility mode to make the phone apps more useable on larger tablet screens, including buttons in the system bar that offer to "stretch to fill screen" or "zoom to fill screen." The latter is a new option, simulating a lower-resolution display and zooming in.

"The system no longer resizes your layout to fit the screen. Instead, it runs your app in an emulated normal/mdpi screen (approximately 320dp x 480dp) and scales that up to fill the screen — imagine viewing your app at the size of a phone screen then zooming in about 200%," guest blogger Scott Main wrote in a July 11 post on the Android Developers blog. "The effect is that everything is bigger, but also more pixelated, because the system does not resize your layout or use your alternative resources for the current device (the system uses all resources for a normal/mdpi device)."

Apps that are designed to resize for large screens will probably have an inferior user experience in screen-compatibility mode, and so should be prevented from using it. The easiest way to do this, Main explains, is to declare support for xlarge screens in the app's manifest file's element.

"If your app is specifically designed to support Android 3.0 and declares either android:minSdkVersion or android:targetSdkVersion with a value of “11” or greater," adds Main, "then your app is already in the clear and screen compatibility mode will not be offered to users, but adding this attribute certainly won’t hurt."

Research In Motion had a goal of launching its PlayBook tablet with 4,000 apps, and during a March earnings call, RIM Co-CEO Mike Lazaridis pointed out the disconnect between Android apps for phones versus tablets.

"All the tonnage in Android is in Gingerbread, it's not in Honeycomb," he told media and analysts on the call. "So you have to ask the real tough question: When are you going to see tonnage in Honeycomb?"

The answer, as Google announced in May, won't be Honeycomb but Ice Cream Sandwich, the newest version of the OS, which is supposed to create opportunities for designers by acting as Google's "everywhere OS," available for smartphones, tablets and other devices.

Until then, Google's hoping 3.2's new zoom capability can get a few more phone apps onto tablets.