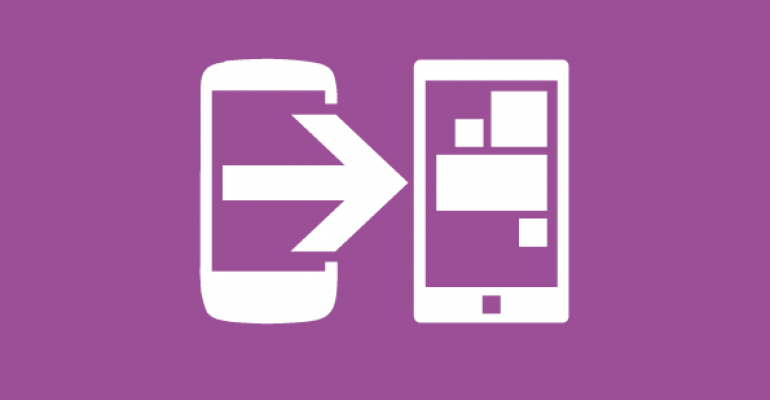 Sleeping with the Enemy: Switch to Windows Phone App for Android

Yikes: Sorry, but this app is terrible

When I heard that Microsoft was set to release a Switch to Windows Phone app for Android a few days back, I imagined something truly useful that would take Android account and app settings, back them up to the cloud, and then apply them to a new Windows Phone install. And then the app was released and … Wow. What a disappointment.

Switch to Windows Phone is available now from the Google Play Store. And the only thing about this app that makes me smile at all is that a search of Google’s app store for the term “Switch to Windows Phone” is about as useless as useless can be: The app with that exact name is the 14th search result, coming below such gems as Fake Windows Phone 8, Launcher 8, and Steamy Window. Amazing, the online search king can’t even get that right.

From there, it’s all bad news.

According to Microsoft, this app is aimed at Android users who are “thinking about switching to Windows Phone and want a convenient way to migrate [their] app experiences over.” This sounds promising and indeed sounds a lot like my preconceived notion of what a “Switch” app might do.

Sadly, it was not to be. Instead, the Switch to Windows Phone examines which apps you have installed on Android apps and then checks that list against the apps available on Windows Phone. In some cases, of course, there are actually identical apps. But in many cases, there are instead similar apps, like the myriad of Instagram clones that we’re burdened with on the Microsoft side of the mobile fence. The app doesn't explain this clearly at all.

“Just run Switch to Windows Phone on your Android, and this app will check to see if your installed apps are available in the Windows Phone Store,” Microsoft claims. “It’s that easy.” That’s literally all the app does, however. You don’t actually get to see a list of the matched apps anywhere, and while the app can optionally “save your app list to the cloud,” it doesn’t actually explain what that means or where the app list is saved. And I never received the promised instructions: The email it sends is empty.

Put simply, this app is possibly well-intentioned but it’s definitely a disaster. This is no way to sell Windows Phone to Android users.