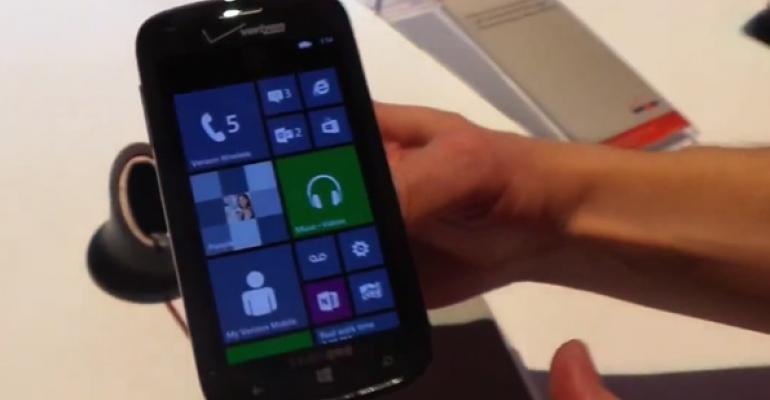 Verizon Wireless announced today that the Windows Phone 8-based Samsung ATIV Odyssey will be available for purchase starting tomorrow. The mid-level handset will cost just $49.99 after a $50 mail-in rebate with a two-year contract.

The ATIV Odyssey is the third Windows Phone 8 handset to be sold by Verizon Wireless; the wireless carrier also offers the flagship HTC Windows Phone 8X and mid-market Nokia Lumia 820.

It’s a decidedly unexciting device, at least from a specs perspective: It features a 4-inch Super AMOLED display running at 800 x 480, a 5 megapixel camera (and front-facing 1.2 megapixel camera), just 8 GB of onboard storage, and microSD expansion. So there’s not much to say here.

I previously wrote about the ATIV Odyssey in Samsung Windows Phone 8 Handsets Finally Coming to the US.