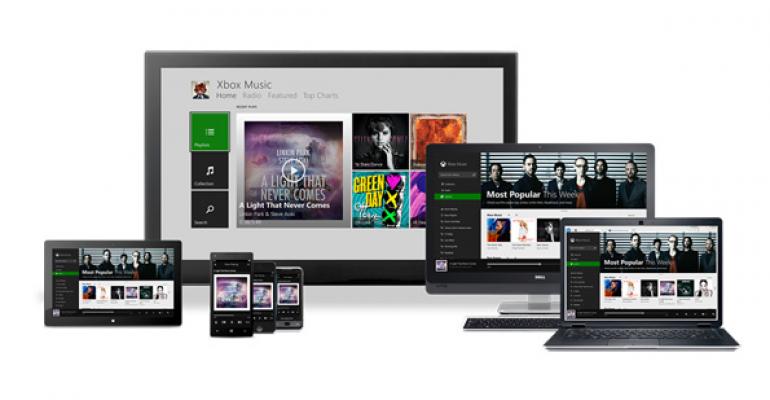 Microsoft announced today that it has shipped its long-awaited Xbox Music mobile apps for Android and iOS (iPhone, iPod touch, and iPad), and has extended free music streaming—previously a Windows 8/RT exclusive—to Xbox Music for Web. Despite a few limitations, both moves significantly enhance the reach of one of my favorite, if little-used, Microsoft services.

Indeed, the only problem I see with the fulfillment of the promised expansion into Android and iOS is that I'll have a harder time managing the number of devices I can use with Xbox Music Pass.

Mobile apps are not full featured yet. Neither app supports offline playback (downloading) yet.

Web Playlist. This new feature for Xbox Music for Windows 8.1/RT 8.1 (and not Xbox Music for Web as the name suggests) scans for artists mentioned on a web page in Internet Explorer 11 and then creates a new, custom playlist based on that artist. Web Playlist is arriving October 18 with Windows 8.1, Microsoft says, and I'll be writing more about this soon.

This is a major set of updates, with more to come. Looks like I'll be releasing a few updates to Paul Thurrott's Xbox Music in the weeks and months ahead.