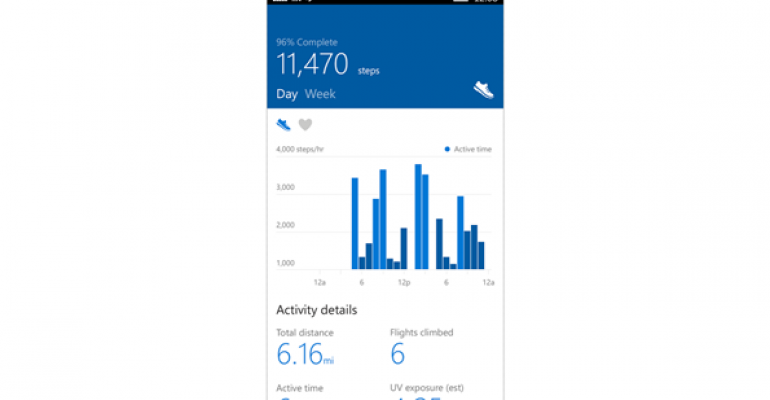 Microsoft Health for Android Update Stokes the Fires of Hope

Microsoft has made very little effort to move the bar on Microsoft Health or Microsoft Band updates in the last month or so. Some swear it’s for a couple distinct reasons.

The first reason is due to the release of Windows 10 Anniversary Update in early August, as that should’ve gotten the biggest press thunder. In the past, the Microsoft Band team as delayed updates and new feature announcements due to larger news at Microsoft. This scenario happened twice this year, once for BUILD and once for the Worldwide Partner Conference (WPC).

The second reason, and one that is still being tossed about pure rumor, is that Microsoft is focused primarily on an October announcement of Band 3. With the focus aligned directly on new hardware and new features and software updates to make the new hardware look appealing, there’s very little time to inject new features and new updates into the current hardware. At least, that’s the thought.

Some have found the recent lack of updates to mean that new hardware is definitely coming. Others, however, view the lack of updates – coupled with severe material woes that have caused quite a support mess for the software company – to mean Microsoft may be exiting the fitness wearable arena altogether.

Personally, I believe Microsoft wants the chance to prove itself, and I think it’s quite possible we’ll see a 3rd iteration of the fitness tracker. The features and sensor accuracy of Microsoft’s wristlet are fantastic, but the manufacturing and engineering quality has been atrocious. If the company could simply make a wearable that is consumer-proof, half the battle would be won. Personally, I’ve replaced the Band 2 (we own two here in the Trent household) four times. And, there are many like me who have moved on to something else until/if Microsoft can release a 3rd version.

For those that believe Microsoft is just done with the wearable industry, a Microsoft Health update for Android today may help rekindle the fires of hope. Microsoft has been working diligently to fix some flaws between the Microsoft Band and the Android mobile operating system. The update today suggests that more bugs are fixed in this latest version.

You can wait for the update to come to you, or drop out the Google Play store to get it: Microsoft Health for Android