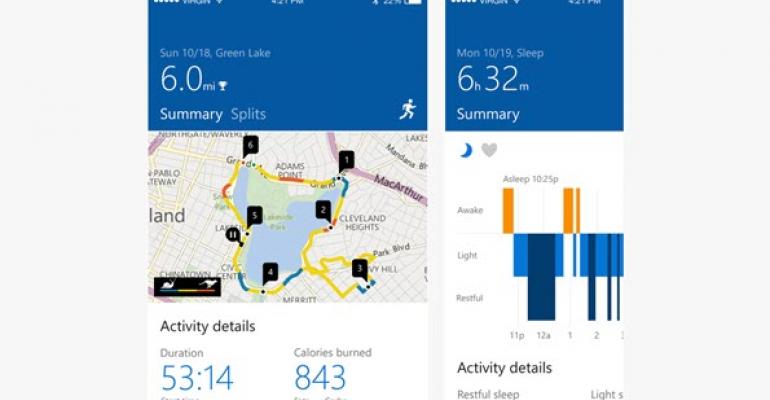 Just this week a lone update for Windows (mobile and PC) for the Microsoft Band app rolled out, bringing bug fixes, one of which was a fix for the Live Tile not working.

Today, Microsoft has also made available updates for both the Android and iOS platforms. Again, there’s nothing much more in these updates except bug fixes, but for iOS the update is extraordinary. The iOS version hasn’t been updated in a long while, including not getting the recent name rebranding. Up until today, the iOS version was still named Microsoft Health instead of the new Microsoft Band moniker. Both Android and Windows get updated pretty regularly, but the iOS version has been stalled for months.

While development for the Band was in full swing, Band customers would see new features added monthly, but new features (other than an app name change) have been missing for several months. There are still those who are blindly dismissing the rumor, but the story goes that Microsoft has disbanded its Band hardware team (pun intended) and is now just in servicing/support mode. Instead the company will refocus on improving its health platform to become a more pleasing opportunity for third party connectors.

At the company’s IT Pro marketing conference, Microsoft Ignite, this week a couple health platform clues infiltrated the proceedings. Cortana’s health capabilities are being beefed up to handle fitness and health recommendations across all Cortana-capable devices and one demo hinted at Fitbit being able to connect to the Microsoft Health (not HealthVault) service.