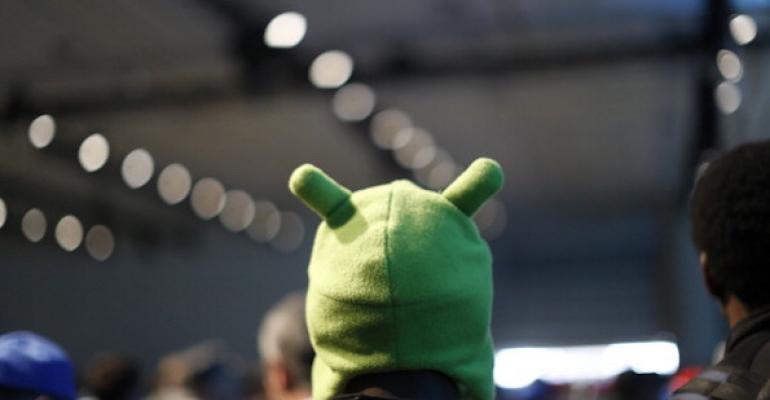 The preview build of Android N is a boon for enthusiasts and developers who want to get their digital hands dirty with a very early look at the next version of Android.

But given that it’s a beta, the software is crawling with not only bugs, but features that are unfinished and may or may not make it to the final version. Google says there’ll be a major update about every four weeks, which means we’re likely to see a polished version at Google I/O in May.

Some of the new goodies are essentially auditioning for a role in the final build. Some will make it, and others won’t. While there’s no way to be certain about how things will turn out, it’s always fun to try and make predictions. I did pretty well in my March Madness bracket this year, so I’m ready to take another go at peering into the future.  Each major feature is rated by a likelihood of one to five Androids. Check back later to see how strong my predictive powers were.

Let’s start with something that is more pretty close to a lock: the ability to use two apps side by side. A team of Google engineers said split-screen was “in the works” during a Reddit AMA about the Pixel C many months ago, as it was sorely missing from a productivity-focused device. Native support for this has been overdue already, as Samsung phones and tablets have had this for a couple of years.

You can finally do two things at once, like follow a sports score and glance at email, with Android N’s new split-screen mode.

To launch the split-screen magic, you press and hold on the Overview (multitasking) button. Then you’ll see the familiar scroll of previous apps on one half of the screen, with the current app in the other. It’s fluid and works well, though of course it feels cramped even on a large-screen smartphone like the Nexus 6P.

Where it will really be helpful is on Android tablets, most notably those with plenty of screen real estate like the 10.2-inch Pixel C. It also will free up companies like Samsung and others from the need to craft their own split-screen methods, of course this hasn’t stopped Samsung from going its own way in the past in changing up how Android looks and performs.

MORE CHOICES ONE SWIPE AWAY

One of the first things you’ll notice is how the quick settings menu has some extra tricks. When you swipe down from the top you’ll see the ability to turn on or off Wi-Fi, Bluetooth, and fire up Airplane mode. In the stock build of Marshmallow you have to swipe with two fingers or swipe and tap to pull up this menu.

The quick settings are more useful in Android N.

My favorite part is how you can customize the icons, so if you’re a frequent user of airplane mode or another toggle you can slide it into the preferred slot. This is very likely to be in the final build, though of course Google may add in more quick actions before we get to a stable release.

This one goes down a notch --  not because there won’t be changes, but because there’s so much going on here the final product could look rather different. My favorite feature of the new settings is how there’s a slide-out menu that makes it easy to move from one section to another. This should hang around, as it’s consistent with Android UI standards and is an all-around nice upgrade.

There’s better navigation and some new information at a glance with the updated settings in Android N.

The reason we drop out an Android on the scoring scale is that UI changes and settings reorganization are the type of things that may be subject to change. There’s also a lot of information packed into this screen, with items like data usage and number of apps installed visible from the main settings screen. It would make sense to hide these back one level for the sake of de-cluttering the interface a little.

One of the hottest rumors leading up to the Android N debut was the idea that Google would kill off the app drawer. It’s still here in the first iteration of the developer preview, so it’s too early to write the obituary yet.

The app drawer is one of the hallmarks of Android, going back to the very first versions.

My take is that one of two things will happen: it stays, or it becomes opt-in. There has been much weeping and gnashing of teeth about the potential for its demise, and it’s very likely that Google has been listening. So I’m skeptical that Google kills it off, especially since it’s a nice differentiator from iOS, where you’re stuck putting all your apps on your home screens.

But it can be a little intimidating for new users - hey, where are all my apps again? Google could very well make it a setting, whereby turning it off moves all the apps to the home screen. Also, Google regularly tweaks the layout and function of the home screen through the Google Now Launcher, which means it wouldn’t need an operating system-level change to move on this.

Android’s best-in-class multitasking method gets a nice design tweak that I hope will stick around.

When you double tap on the recents (multitasking) button, you jump instantly into the previous app you just used. It works similar to the 3D Touch trick on iOS, but it’s a little more tangible since there’s a dedicated button to it.

Multitasking also got some love. You see more of the previous app, which I like, but strangely the Google search bar, which appears on this screen in Marshmallow, isn’t to be found with Android N.

Multitasking got a facelift, but it surely is subject to change.

I have a hard time believing that Google won’t bring back the portal to its cash cow to this screen. There’s probably some other engineering work behind this change that also needs to be flushed out for greater stability before it’s ready for prime time.

True Android fans love to try and guess the treat-themed name of the next OS update. My money’s on nougat, a confectionary treat popular around the world. [Ed note: Speak for yourself. Nougat is no treat as far as I'm concerned.]

Google has stuck with pretty common names thus far, with choices like Marshmallow, Lollipop, Donut, and Froyo. Eclair was a little outside the box, with the most unconventional pick being the company's cross-brand teamup with Nestle for the KitKat variation.

There’s been a lot of speculation about Nutella, but I’m not sure I see Google partnering with Ferroro for a co-branded operating system. If such a pairing up is the goal, then please, Google, consider Nabisco's Nutter Butter. Please.

Either way, we’ll know more about new features with each update to the Android N beta, culminating with a big unveil at Google I/O. I’ll be headed to the big show in May, with a (mostly) front row seat to all the big reveals. And I'll be sharing everything I learn right here.