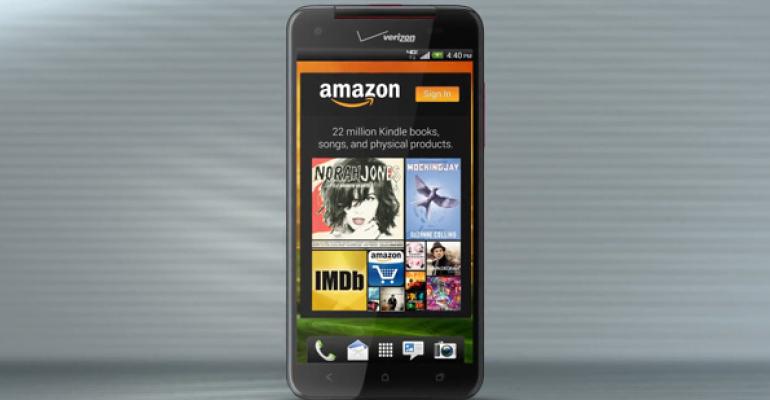 And so it begins. When I wrote about Android earlier today, I conveniently and purposefully left Amazon out of the discussion, since Amazon’s take on Android is basically a whole new platform. So far, Amazon has only made tablets. And while we wonder what a Kindle Phone would look like, an announcement today shows the way. No, it’s not the Kindle Phone. Not quite.

Instead, Verizon will be preloading something called the Amazon App Suite for Android on the HTC DROID DNA, an Android handset that will ship soon. A Verizon leak from September suggested that the wireless carrier would be adding this suite to “all newly launched Android devices.” And while some bloggers misreported this as bloatware—I’d love a Kindle Phone, Amazon, if you’re listening—I think this is a potentially fantastic idea.

Today, Amazon posted an introductory video for the Amazon App Suite for Android on YouTube. As a heavy consumer of Amazon services, I’m quite interested in this, though of course I hope they release this app for Android generally as well. (And for Windows Phone. Come on guys, throw us a bone.)

OK, it’s basically an e-commerce app. But you have to think this is a big step towards a real Amazon Kindle Phone. 2013?