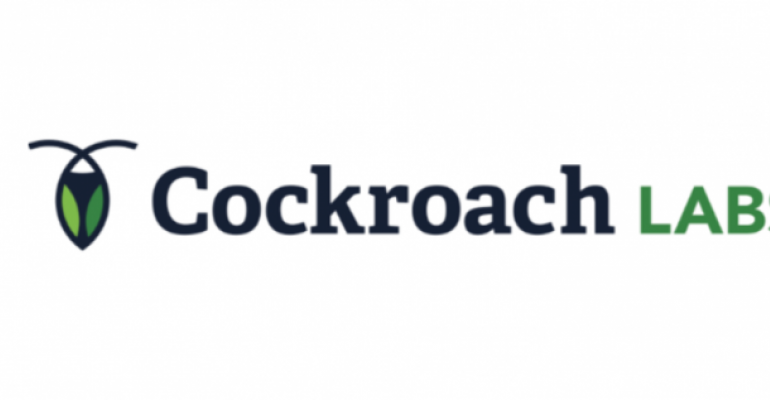 CockroachDB may not have an inviting name, but it took center stage at last week&#39;s OpenStack Summit.

There's a new open source database on the block. Although it has a name that will most likely make you cringe for the first dozen or so times you hear it -- CockroachDB -- I have a feeling that if it isn't already on your radar, it will be soon.

Although the name doesn't make for a great first impression, consider this: Cockroach Labs, the company behind the project, announced last week that it had just received $27 million in Series B funding, with investors led by Redpoint Ventures and including Benchmark, GV, This brings total funding up to $53.5 million. Money may not be everything, of course, but before thinking about deploying something as mission critical as a database, it's good to know that the people behind it aren't living hand-to-mouth.

Probably not by coincidence, on the same day that this latest round of funding was announced, CockroachDB 1.0 was also released, the first officially stable and production ready version of a product the company touts as "the first open source, cloud-native SQL database."

So why the cringeworthy name? According to Cockroach Labs' CEO Spencer Kimball, "It's because it is very resilient and very hard to kill."

Cool. It's also, I figure, a name you're not likely to forget -- and stickiness is everything when it comes to branding.

Its purpose is to utilize the cloud's advantages, while at the same time, addressing scaling challenges associated with the cloud.

"Some folks refer to it as 'NewSQL,'" Kimball explained in a post announcing the 1.0 release. "It’s a combination of making general purpose relational database systems both bigger and more reliable. CockroachDB earns its NewSQL stripes by providing distributed SQL to accommodate ever-larger data sizes and multi-active availability, a new model for high availability. These capabilities establish a fundamentally better standard for deploying global cloud services."

The database is compared with Google's Spanner, which shouldn't be surprising since all three of Cockroach Labs' founders spent time as Google employees. Like Spanner, at its core is the blending of SQL with the scalability of NoSQL databases.

"CockroachDB provides scale without sacrificing SQL functionality," he said. "It offers fully-distributed ACID transactions, zero-downtime schema changes, and support for secondary indexes and foreign keys. It works out of the box with many popular ORM frameworks by supporting an industry standard SQL dialect. In addition, release 1.0 introduces a distributed query execution engine, enabling distributed JOINs to support analytics queries that speed up linearly as nodes are added to your cluster."

It's also already been field tested, with companies such as Baidu and Heroic Labs already deploying it in production.

"We recently demonstrated a use case with Baidu processing two billion inserts a day for one of the top ten largest global internet companies," Kimball said. "This rate of transactions continued regardless of artificially-induced 'chaos' events, which caused significant concurrent re-replication and rebalancing across the cluster."

At last week's OpenStack Summit in Boston, the database was predominately featured. In one rather impressive keynote demonstration available on YouTube, CockroachDB was deployed live across the private clouds of 15 companies.

CockroachDB is released under a free-to-use open source license, with a paid Enterprise edition (with added features, of course) that can also be downloaded and used for free by noncommercial organizations or for nonproduction use. After going into production, companies have 30 days to negotiate licensing and support.

Apps That May Help Enterprises Get Through the Pandemic
Apr 22, 2020