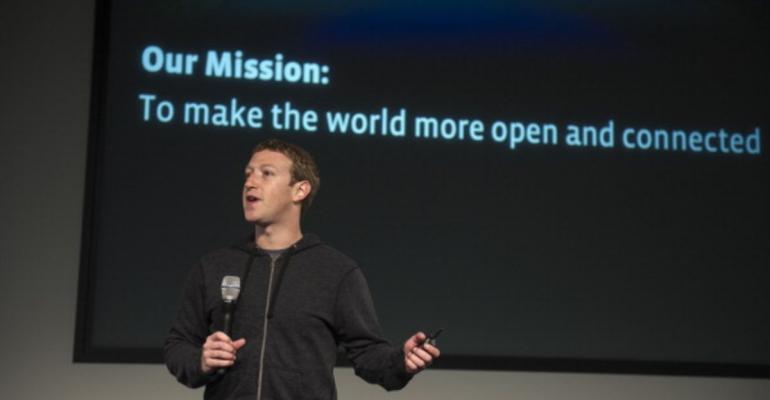 Four Ways for Tech Wizards to Perfect the World

(Bloomberg View) --A new season of the Mike Judge’s HBO comedy “Silicon Valley” is happily upon us, which means that over the next two months or so we’ll be getting regular reminders of one of the show’s recurring themes: that those who toil in the Valley care about nothing so much as making the world a better place. Or, as Gavin Belson, the fictional founder of the fictional company Hooli put it in Season 2, “I don’t want to live in a world where someone else is making the world a better place better than we are.”

In that spirit, I’d like to offer four real-world suggestions for making the world a better place, Silicon-Valley-style. Or rather, "Silicon Valley" style. Some Harvard dropout will make millions solving any of these problems. Unless, of course, Judge parodies them first.

Streaming has been one of the internet’s greatest gifts, allowing viewers to watch what they want when they want, while rendering commercials obsolete and cable bills unnecessary. There’s one problem, however: It’s often hard to find the shows and movies you want to stream. Google could make the world a better place by creating an algorithm that instantly tells you which streaming service has the rights to the show you want to watch. Or, it could let a small company figure out how to do that, and then steal the idea and put the information at the top of its search results, just as it did with Yelp and Expedia.

Hey, when you’re making the world a better place, monopoly power is always helpful! It’s hard to remember sometimes that we once lived in a world without the blessings of smartphones and email. But the landline era had one advantage that the digital world has yet to replicate: the White Pages. For you young ones, the White Pages were issued annually by the phone company (that’s what we oldsters used to call AT&T before it was broken up), listing the home numbers of almost everybody in a particular city. AT&T also issued Yellow Pages that listed business numbers. Since businesses now post their phone numbers on their websites, nobody misses the Yellow Pages. But everybody misses the White Pages — even if they’re too young to realize it. This shouldn’t be a hard problem to fix. The Big Four wireless companies should get together and publish a digital directory of cell-phone numbers. The big email services could do the same with emails. Indeed, it would be best to mesh both lists. Like the old White Pages, people could opt out and the Do Not Call Registry would remain in force. But most people would allow their numbers to be published, thus eliminating one of the most inconvenient features of the online world.

I know that there are audiophiles who insist that vinyl records sound better than digitized music. Fine. But for me, what’s really been lost is what was on the back of record jackets: liner notes. They usually contained essays about the artist and the music — sometimes by important critics like Nat Hentoff — as well as important information about backup musicians, recording dates and so on. I once devoured them with the same intensity that I devoted to the sports pages. Today, however, when you’re listening to a great piano solo on your smartphone and you wonder, “Who is that?” it can be hard to find out. Sometimes the information is online and sometimes it’s not. “Album Liner Notes,” a website entirely devoted to collecting liner notes, can be useful, but it’s spotty and tends to focus on classic recordings. Surely this is something Apple or Spotify could fix. Just add a button called “Liner notes.” You hit the button and you can read the liner notes while listening to the song. If Apple did this, it would win the eternal gratitude of the music-listening public. While you’re at it, Apple, could you please update iTunes so that it doesn’t work like an app that’s 17 years old? That would definitely make the world a better place.

We all spend a lot of time writing our addresses into forms on websites. It’s so routine that we mostly take the annoyance for granted. But what if it could be made a little easier? What if you no longer had to type in your city, or scroll down that annoying list of states to find yours? (What a pain if you live in Wisconsin or Wyoming!) What if, simply by putting in your five-digit zip code, an algorithm instantly finds the right city and state? Some websites already do this, but why don’t they all? Companies trying to sell things would love it because they are always looking for ways to get the customers to the “pay” button faster. Now that I think of it, maybe the problem is that it’s too easy, and won’t make a hungry entrepreneur rich enough. But think of the other compensation: He’ll be making the world a better place.