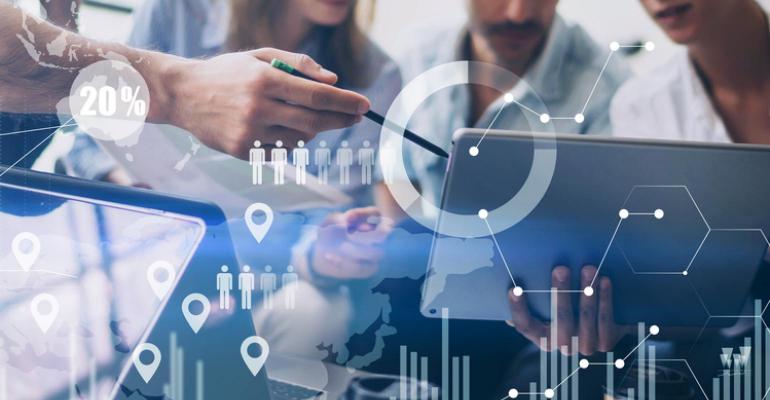 Over the last year, Zendesk has taken a series of steps to compete head-to-head against Salesforce.com Inc. On Thursday, during a user conference in San Francisco, the company unveiled two more products meant to maintain sales momentum.

(Bloomberg) -- Zendesk Inc. Chief Executive Officer Mikkel Svane recently hosted a routine two-cocktail lunch for more than a dozen employees celebrating four years at his company and realized he no longer recognized most of his workforce.

“I know there’s a lot of shiny objects out there, so I want to thank you for spending four years with the company,” Svane said to the employees. “Four years is a big number in the world of tech startups.”

While the maker of customer-service software has been public since May 2014, co-founder Svane continues to think of it as a startup. Annual revenue growth has been more than 30% and analysts estimate it will top $1 billion in 2020. Zendesk has seen its stock jump almost eightfold since its initial public offering, and its workforce increase to 3,200 from less than 1,000 five years ago. Svane has sought to bolster his skills and assemble a strong team to manage all of them.

Over the last year, the company has taken a series of steps to compete head-to-head against Salesforce.com Inc. It’s difficult to mount a serious challenge to the bellwether cloud applications company built by Marc Benioff. But Zendesk wants to expand while retaining transparent pricing and its distinctive quirks -- and avoiding the bragging that is a hallmark of the business technology market.

The first is Sunshine Conversations, an extension of the company’s platform for managing customer relationships. The tool will help consumers make payments, browse products and book reservations in their preferred messaging system, Zendesk said in a statement.

The second is called Gather, which will let clients such as Logitech International SA and InVision AG better provide customer support through online forums on their websites.

“For the foreseeable future, I would call that almost our floor,” she said in an interview.

Svane, Alexander Aghassipour and Morten Primdahl founded Zendesk in Copenhagen in 2007. The company moved to San Francisco in 2009. Perhaps because he’s an outsider, Svane is the rare tech CEO who doesn’t see his job in grandiose terms.

“Everybody wants to be Steve Jobs and change the world,” Svane said in an interview in a brick-lined boardroom that doubles as his office. “And for most of us, that’s not really the case. We build business software.”

Still, the company has a strong philosophy on its work. It coined the word “humblident” -- a mash-up of humble and confident -- to describe its culture. While the word doesn’t roll off the tongue, executives said it’s an accurate way of describing the company’s demeanor, which they say is confident without being arrogant, and eager to earn the trust of clients.

On Wednesday, Zendesk disclosed it suffered a data breach affecting 10,000 customer accounts created before November 2016. Hackers gained access to the names, phone numbers, and email addresses of business users and consumers, as well as concealed password information. Zendesk discovered the security lapse on Sept. 24 and said it found no evidence the passwords were used to access additional systems. The company said it hired forensic experts to assist with an investigation and notified law enforcement.

“Our goal is to communicate this information as quickly as possible with transparency and guidance on how to address,” Zendesk said in a blog post. “We will be updating and sharing more information in this blog post and our help center as it becomes available.”

Svane hopes to change the experience of business software users and their consumers so that their systems are simpler. He said most software is sold on “PowerPoints and lies” and he’s always wanted Zendesk to be different. The company has explicit pricing for its products on its website and pitches customers on the value of its software versus Salesforce.

But Salesforce is the market leader. The company generates $3.6 billion from customer-service software each year, as well as $4 billion from its signature sales-tracking tool that has become the standard of the industry.

Zendesk has competed well against Salesforce for small- and mid-sized clients though. Last year, Salesforce said it would sunset two sales and customer support tools that failed to catch on with smaller customers. Instead, Salesforce began offering pared-down versions of its high-end software.

Zendesk has experienced some growing pains. After going public, new executives joined the company, leading to a period of cultural clashes and sales struggles. In the aftermath, Zendesk in August 2017 promoted Chief Information Officer Tom Keiser to chief operating officer, overseeing the sales organization and many operations as Svane focused on technology, vision and culture. The arrangement is similar to the one Salesforce has between co-CEOs Benioff, who co-founded the company, and Keith Block.

Zendesk has also hired senior executives from Salesforce, Microsoft Corp., and Adobe Inc., who have experience running pieces of large organizations. Svane is open about needing as much help as he can get.

“I still have a lot of work to do to be a fantastic CEO,” Svane said. “I think I’m a pretty good founder and I think having a founder CEO is a strength for a company because every single employee knows that I’m in it because I think it’s the most amazing thing and that I’m dedicated.”